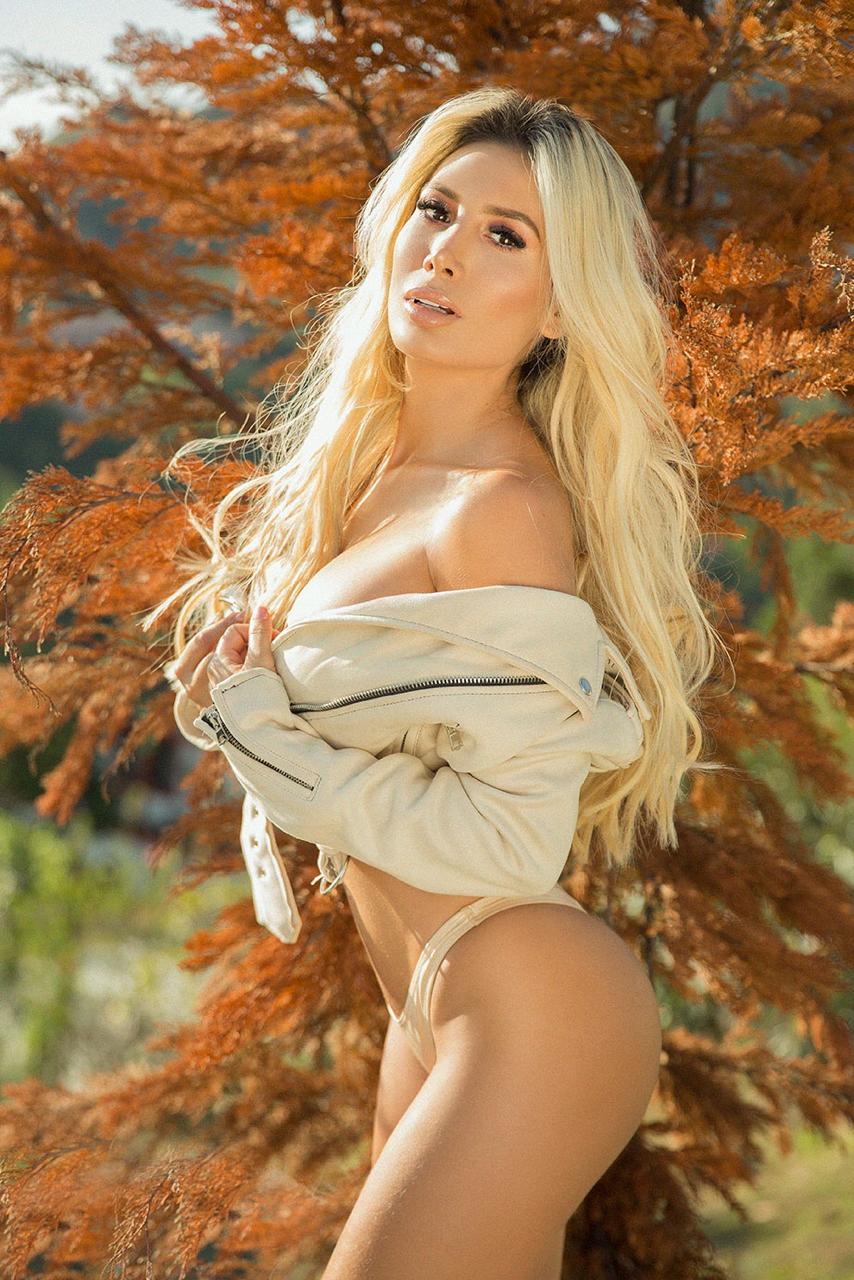 “I love showing off what I’ve got,” says Johana. “I was never a professional pole dancer, but I’ve done some amateur pole dancing before. Dancing on that pole, being the center of attention, it’s what this job is all about. I love it when all eyes are on me. I love it when everyone is focused on me and how sexy I am. Not only that, but I think that every woman has the ability to indulge her sensual side and to show those around her just how sexy she can be. That isn’t exploiting a woman, and it isn’t objectifying her. Most men would jump at the chance to be seen as sexual objects if that was an option for them, and I think it’s just insulting to suggest women don’t enjoy a real advantage because they always have the choice to be overtly sexual.” Johana adds, “To me, the power that all women have is the power of sex. We are what all men want. An attractive woman can write her own ticket. She has what every guy wants, and all she has to do to make any man her willing slave is just let him have a little taste of it, a little promise of it. That’s why some men become ‘whipped,’ after all. They can’t get enough of a sexy woman, and that woman understands the power she wields. I would never abuse that power. I would never misuse a man. Likewise, I like to respect my men, and I like to have them respect me. When two people have mutual respect for each other, then they can really have a good time together. They can embrace their sexuality as a couple and really push each other to the limit. Exploring those boundaries is both exciting fun, and also very fulfilling.”